Stimming In Autism: Why Do They Have Higher Rates of Stimming? 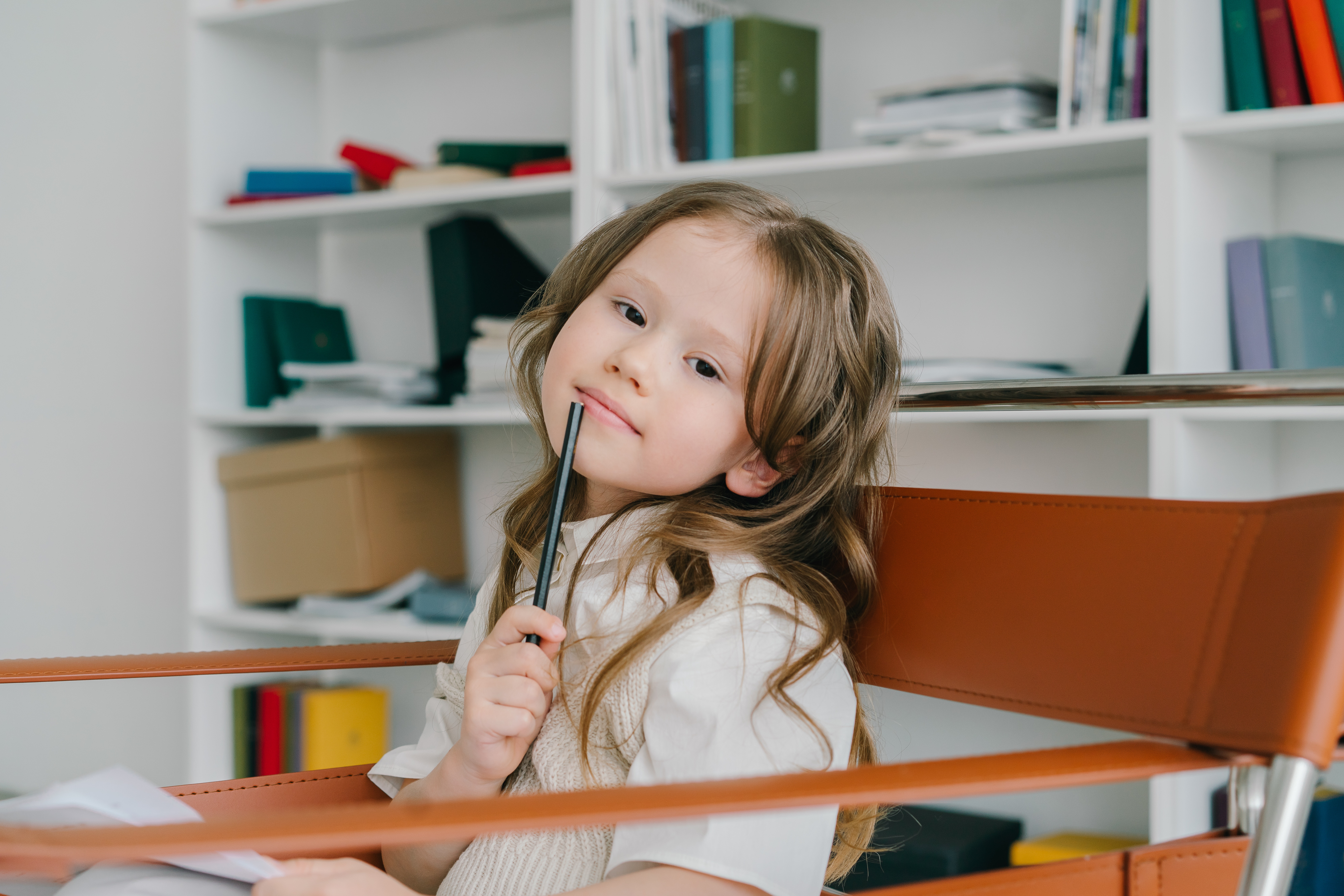 What are some things that you do when you’re anxious?

Think about it or even, think about the things you do simply because you enjoy how it feels! For many of us, this takes on several different topographies (meaning – it can look like lots of different things).

One day, while in deep thought, I caught myself taking my index finger and my thumb and pinching my lower lip. I didn’t realize I was doing it. I was focusing on a treatment plan for one of my patients and suddenly realized “…Wow, what am I doing?”

What does stimming mean?

Stimming, in the world of Autism Spectrum Disorder, isn’t too much different. The word “stimming” is short for “self-stimulatory behavior” – more technically classified as “automatic reinforcement”. These are behaviors that individuals engage in for no particular reason outside of the fact that they have some stimulatory effect on the person and they require no interaction or mediation from other people.

We know the stereotypical “stimming” behaviors in our kiddos on the spectrum. Autism is highly associated with behaviors like hand-flapping, shaking of the head, rocking back and forth. These are also called “restrictive or repetitive behaviors” because they are usually not contextual and they happen over and over again. What I mean when I say “non-contextual”, is that they usually don’t fit the situation of the environment. Pinching my lip really doesn’t have anything to do with writing a treatment plan – it has more to do with my regulation while writing the treatment plan. To the outside world, it probably doesn’t make much sense.

So why do children on the spectrum have higher rates or more obvious self-stimulatory behaviors?

There’s no exact science to tell us why there’s a higher cases of stimming in autism, but based on my observations in the field and my research on the subject, I think it’s pretty safe to say that stimming behaviors are more obvious in children with autism for a few reasons:

1. Children on the spectrum tend to have higher sensitivities to outside stimuli. It’s easier to get over-stimulated, and self-stimulation can have a regulating effect on their processing.

When you hear, see and feel everything at a higher magnitude, you likely need more tools in your toolbox to help you process it all. Think about it. Imagine being at a party where the music is unbearably loud, people are rapidly moving back and forth, lights are flashing. Everyone seems to be doing okay, but you’re finding it extremely difficult to concentrate on anything. If you’re going to stay there, you have to find some way to regulate yourself. You might close your eyes, You might cover your ears. You would do anything to be able to function.

This is the case for our kids on the spectrum. Being more sensitive to outside stimuli increases the need to engage in behaviors to help regulate.

2. Children on the spectrum typically learn through means that do not include observation or discrimination by environment, so they are more likely engage in behaviors that are not common to social norms.

If you’re not a person who learns by navigating by social norms, you’re likely to miss those lessons in what is “normal” behavior. You’re more likely to engage in any behavior that best helps you regulate, without thinking about what seems acceptable to everyone else. This is why stimming behavior for neurotypical people blends in and we don’t notice is as much – it’s been shaped by observational learning. Stimming behavior on the spectrum, however, has only been shaped by the effect it has on the child – so it’s more likely to stick out.

3. Most other behaviors have to have a learned history for us to realize that they can be reinforcing or regulating.

If you’ve ever been to therapy, tried your hand at meditation or sat down to pray, you’ve likely been taught a few ways to handle strong waves of emotion. “Take deep breaths”, “Count to 10”, etc. The thing is, someone had to teach you those practices and you had to try them out for yourself to realize their value.

If a child has limited language skills AND limited observational learning skills – it’s going to take quite a while to teach regulatory practices that likely wouldn’t have taken you very long. Meanwhile, they still need a way to regulate because of heightened sensitivity to stimuli and heightened activity of the portions of the brain that activate “fight or flight”.

The idea behind automatic reinforcement, or stimming, is that no one has to teach it for it automatically regulate and have value. A child does it, experiences the sensations from it, then does it again when needed. Easy peasy. I could go through a long, arduous process of learning a new technique to help myself regulate, or I could do what I already know works. And if there’s no way for anyone to explain to me that what I’m doing isn’t culturally appropriate and that it’s in my best interest to learn something else, my motivation to do anything different isn’t very high.

This is often why you’ll catch children on the spectrum engaging in stim-like behavior in play as well. Most toys have a learning curve. I need to learn how to use a toy before it becomes fun. I need to learn how to play a game before I realize that it’s enjoyable. But when you have limited communication skills and you don’t easily learn from watching other people do things, you’re way more likely to find a way to play with something that is just satisfying to you. This is why we see so many restrictive or repetitive behaviors in play skills for children with autism. It’s not so much that there’s a refusal to play with things the way they’re intended, it’s that it’s much harder to learn what the intent of the toy or game is – so why not do something with it that you’ve already identified as pretty cool?

What do we do about stimming?

Ideally, nothing. I’m a huge fan of children having the ability to regulate themselves. Unless a stim interferes with the child acquiring skills, the stim is inherently dangerous, or causes harm in some way… why do anything at all?

We have to keep in mind that no one is comprised of only deficits, so often, if there is an area where strengths are lower, there have to be other areas where strengths are higher. It’s  very common in autism spectrum disorder that social and communication skills are more difficult to attain, but attention to detail in objects and mechanics are extremely heightened. If a child has a way of regulating themselves in environments that could be problematic, my concern is that keeping them from stimming requires more restraint and attention than it’s worth. If you told me I couldn’t pinch my while writing the treatment plan, how much of my attention would be going toward refraining from pinching my lip, and by default, getting sacrificed from concentrating on the treatment plan.

Here’s the effective compromise – we can teach a few things to make stimming a little more manageable.

Here’s an example. A kiddo I worked with was HUGE into teeth grinding. He seemed to get a sense of regulation from the pressure resulting in grinding his teeth. One or two times a day isn’t too big of a deal. However, at the rate that he was engaging in the teeth grinding; we were looking at some major ramifications in the future that would cause damage to his entire jaw. The risk of the behavior definitely outweighed the benefit. So, we found a functional replacement. We offered a bent coffee straw to the child during periods that he was more likely to grind his teeth.

Now, before getting too caught up on the WHAT – I know there are lots of fancy chewies out on the market right now – think about the functionality of what we tried to do. If we established a chewie to the child, then over time, it would be really hard to teach the child to eventually not want or need the chewie. If the chewie was lost or damaged, it would take time to replace. A bent coffee straw comes in a box of a million (or a few hundred, but you get my point). I could keep 30 in my pocket at all times and easily replace it. I see people chewing on straws or toothpicks all the time, so it wouldn’t be so out of the ordinary for a child to have a tiny black straw to chew on. Because of the way the straw was bent and positioned, choking wasn’t very likely. It satisfied the pressure on the jaw that he was seeking, while avoiding damage, while also avoiding frustration in the event that the items was lost (because it was so easily replaceable) AND without too much of a social standout because it was so small and commonplace.

It’s easy to think of stimming as big noticeable behaviors, and some of them are rather noticeable. When you know why they occur and the function they serve–you realize that they aren’t too different from behaviors that you engage in on a regular basis that you often don’t think about.

There must be a delicate balance – in some regards, our culture could use a little acceptance for regulatory behaviors that aren’t commonplace – for instance, who really cares if someone flaps their hands when excited or rocks back and forth while concentrating? We all could likely use way more of our brain if we weren’t so gosh darned fixed on fitting in.

It is our responsibility, as advocates, to ensure the safety of our kiddos on the spectrum. We need to guide them into ways of regulating themselves that allow them to learn new skills while feeling comfort.

An excellent resource regarding stimming can be found in the book NeuroTribes by Steve Silberman.

As well as in the works of Temple Grandin, an adult author and speaker on human and animal behavior, with high functioning autism.

About the Author: Melissa Schiefelbein, BCBA 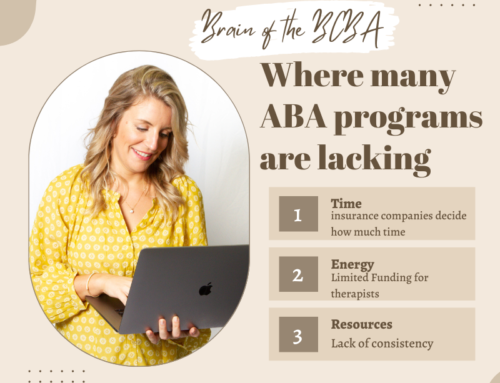 Where Many Programs for Autism Are Lacking 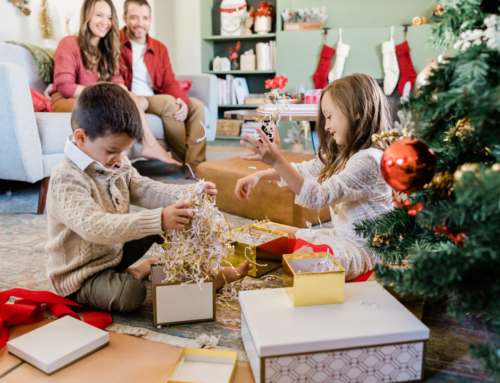 How to Eliminate Overstimulation During the Holiday Season